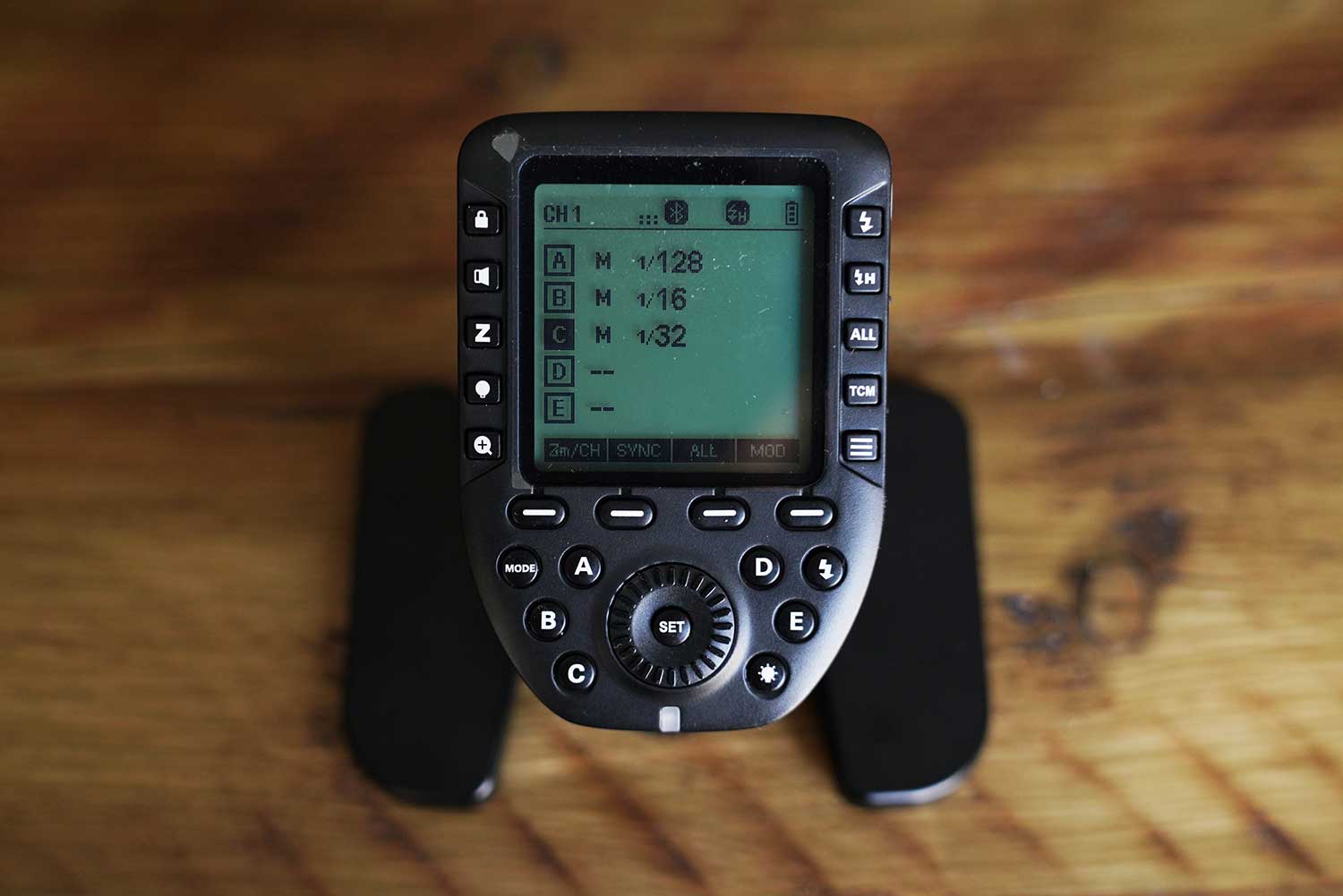 In this post, I am going to do a quick review of the Adorama R2 Pro Mark 2 trigger. This is a Godox compatible trigger but designed and made exclusively for Adorama. In other words, Godox would not be selling this trigger directly. Nor will anyone else in the world be getting them. I'm not going to go through every feature since most are exactly the same as the original Godox XPro. There are plenty of reviews on that transmitter already. I'll concentrate on what's new.

When Godox announced the Godox XPro, I admit I was really excited. The original X1T was at best OK but mostly just fiddly. When the XPro was finally available, I rushed out to buy it and sold the X1T almost straight away. No regrets. Since then, I've used the Godox Xpro at over 100 weddings and very much used to how it works. It's not without its foilables but overall I've been very happy.

In late 2018, Adorama announced the Flashpoint R2 Pro mk2. My initial thoughts was "What's the point?" It's just a bigger XPro with a few more buttons. A minor upgrade at the very best. I suspect Adorama was just trying to differentiate themselves more and didn't think much about it. I didn't think it'd be very popular.

However. when I started to read more about this trigger, one particular feature caught my eye. The ability to turn groups off with a double tap.

You see, I've always longed for a way to turn a group off quickly. With the Godox XPro, I have to press the group button on the side then press the mode button until that group is off. It's usually two keys, so fairly quick but still a little bit of a faff. Especially in the heat of a wedding when you're under pressure.

Imagine my delight when I read the Flashpoint would let me double tap the group button to toggle groups on/off. It's about as simple as it can get.

Only one problem. The transmitter is only available in the US. The cost of the unit itself is $69, the same price as the Mark 1 / XPro. However, international shipping is an eye watering $42. Then being in the UK, I'd have to factor in import duty on top. I estimated it would cost me over £100 which seemed a bit steep. I dithered on the purchase button and ultimately backed away.

Then recently I was involved in a Facebook Group debate over which flash triggers are the best buy. A fellow photographer, Neil Redfern swears by the Phottix Strato triggers which allow him to quickly turn groups on/off. However, you do lose the ability to control the flashes remotely and change power/zoom etc. It wasn't a compromise I was willing to make. They also don't play nice with Sony cameras since they're essentially manual triggers.

So I decided to have another look at all available options again. To cut a long story short, I found a UK eBay seller who was selling the Flashpoint R2 Pro mk2 trigger and would ship from within the UK. Removing all the hassle factor from me and delivery was in only four days. It was still expensive compared to buying it locally in the US but this bitter pill was softened slightly by the fact it was below the psychologically important ¬£100 barrier!

OK so let's deal with the main reason I bought it first. The group on/off feature. ZOMG it works so well!!! I love it!! It's made controlling my groups so much easier. It takes a little bit of getting used to since the group button is now around the wheel as opposed to on the left hand side of the LCD. So if you've been using the Xpro for a while like me, it will take a little time for your muscle memory to adapt.

I like the fact the A B C groups are on one side since I rarely use more than three groups. D & E are on the right. I'm not sure if this was by accident or design. Either way, I like it.

I REALLY like the large number setting. As the name suggests, this makes the numbers larger on the display. Whilst on its own, this wouldn't be something I would pay extra for. Having it is a nice little bonus that makes my life easier.

As you can see from the photo below, it is much easier to read the display on the R2 pro than the original XPro.

The addition of the second column of buttons along the right hand side of the trigger means that practically all the features you need are accessible directly from the buttons and you're not reliant on the LCD to tell you what each feature is.

I do think this is an improvement. Except at the same time it's a small weakness. Now I seem to have two ways to control the Zoom, modeling light and "All" modes which I think is confusing. I can either use the dedicated button or the LCD. It seems Godox (Or Adorama) for some reason did not update the layout and software to remove that. The four buttons underneath the LCD are practically useless now. I would have preferred to have seen the A B C D E groups be moved to there and a channel button to be added elsewhere.

The R2 Pro mk2 comes with bluetooth. So you can download the Flashpoint R2 app which is available to download from the Apple App store or Google Play. Using this app will allow you to control Godox flashes and LED lights directly from your smartphone. You can control the power, settings and even update firmware.

The app will even let you use off camera flash using your smartphone camera! Imagine how cool you would look using your iphone to take OCF photos! Well I tried it with the Godox A1 when it first came out. In practice it's terrible so I've not used it since. It's cute but once the novelty wears off, it's not really something I would expect a professional photographer to use. A real case of just because you can, doesn't mean you should.

It's worth mentioning that Godox have not 'fixed' the rechargeable battery issue. For those who are unfamiliar. With the Godox Xpro, you have to use Alkaline AA batteries to get an accurate battery level on the trigger. Rechargeable batteries are usually 1.2volts instead of 1.5volts, so the trigger quickly starts to report low battery.

It's a real shame Godox haven't fixed this either in firmware or even have a setting we can choose to tell the trigger what batteries we're using. Other triggers don't seem to have this issue.

On the top right of the controller, there is a button which the manual says is the ‘Single Group Test Button’. There’s not much more written about this feature in the manual but I assume given the name that if I press it, the transmitter will fire a test signal to the group I have selected.

However, this does not seem to work. Reading around on the Internet, it seems for whatever reason it just doesn’t work. Not a big deal but something I hope Godox/Adorama can fix with a future firmware update. Seems a shame to have a button dedicated to a feature that doesn’t work at all. It also makes me wonder who did the QA testing 🙂

The R2 mk2 has more buttons to make my life easier and the one feature I've wanted for a long time but never been available until now. Yes it's much more expensive if you live outside the US like me. So you need to think about how much you want the new features.

And I guess it is the same thought process even if you live in the US, already own the XPro or R2 Mark 1. How much are the new features worth to you? Enough to pay to upgrade?

If you live in the US and don't own any trigger yet then in my opinion the Adorama Flashpoint R2 Pro Mark 2 is the logical choice. It's the same price. Why pay for the older version with less features?

In time I hope Godox will add this group on/off feature into their speedlight master controller modes and maybe even a Godox XPro mk2? Who knows? They certainly seem to be pushing the market ahead with a range of affordable but powerful flash solutions.

The Adorama R2 Pro is a welcome addition. It's just a shame it's US only. 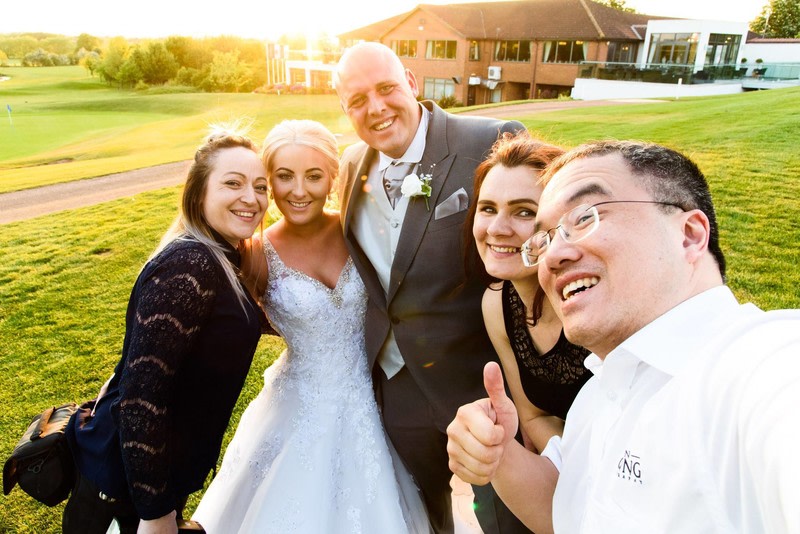 How to be a second photographer at a wedding 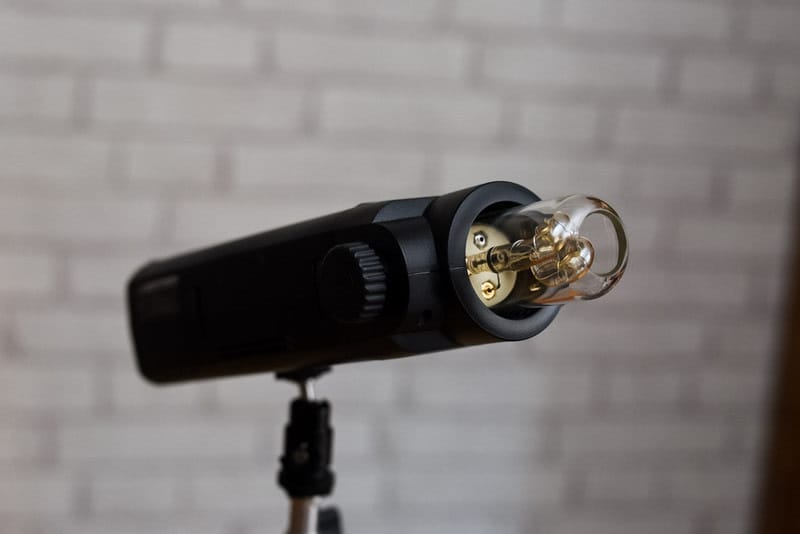 Godox AD200 Review – Is it the best flash ever?